How God Gave Us Builidings

by: The Rev. Ed McNeill

In a technical legal sense, St. James bought two properties in Willow Glen.  Such a simple statement of fact fails to convey the amazing way the Holy Spirit has acted.

St. James Anglican Church was formed in 2009.  Our initial members left local Episcopal Churches.  We left everything to the remaining members.  In California the case law leans heavily this way and we wanted no scandal.  Every effort was made to leave peacefully and well.  Our reputation and character were more important to us than anything we might have taken with us.  We hoped that one day we would have a new building to call home, but were prepared for many years of being a “portable church”. 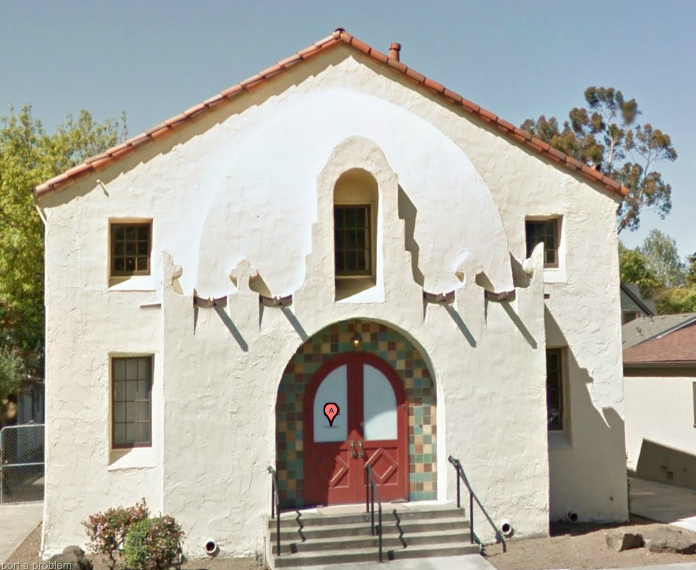 As we were preparing to leave an Episcopal Deacon told me of a church on Lincoln Ave in Willow Glen that she thought might be available.  I stopped by and left a voice mail on the answering machine.  Thelma called me a few weeks later to let me know that they didn’t know what they were going to do with the building, but would call me when they made up their minds.

Six months later I was driving home from a meeting in downtown San Jose when I felt God nudge me to go by the church again.  It was unchanged.  I called the other phone number in the window and this time spoke with Joanna, the principal pastor.  Joanna was caring for Zev, one of their pastors who was dying of cancer.  Their church, Christian Assembly, was ready to sell the property and we began discussing the possibility. 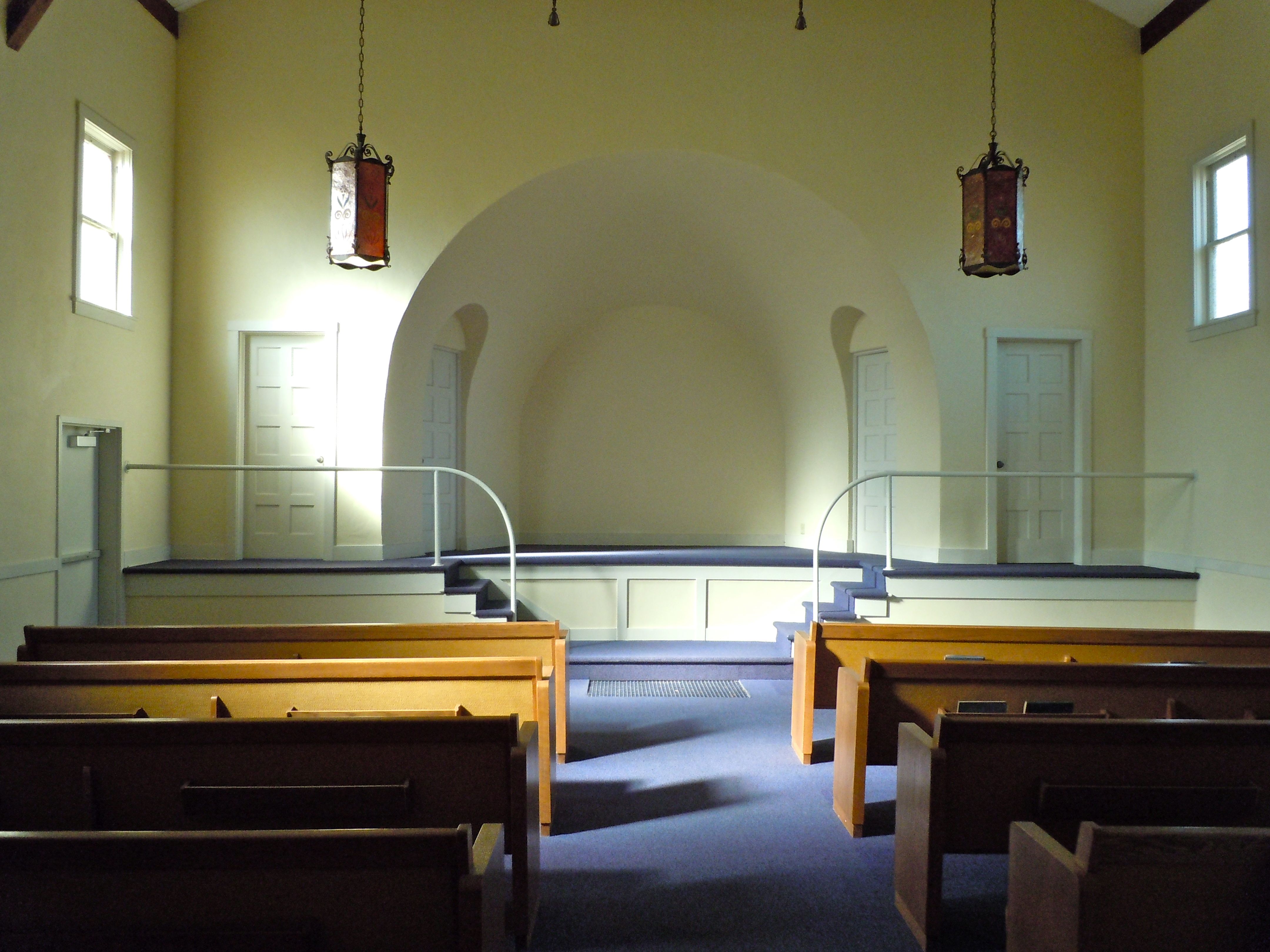 We toured the property and everyone from St. James who was able to be present felt the same desire to care for the church and keep it as a church.  We were also dumb stuck by the similarity between the half Fleur-de-lis on the front of the church and our logo use on both our business cards and power point template.

At the time St. James had no building fund and no immediate plans for a capital campaign.  Still we had the building inspected and appraised.  Land is very expensive in San Jose.  Willow Glen is a highly desirable location.  The church sits on a single housing lot, has no parish hall, kitchen, or outdoor play area.  There is parking for about 6 cars.  The church seats 70 – 80.  It needed a great deal of work.  Our estimate was that it was worth $400,000 – $500,000.  Unfortunately they thought it was worth $800,000.  Zev died and I suggested we resume discussions in a few months.  At that time, Christian Assembly decided to resume services in the church and attempt to rebuild the congregation.  We prayed for their success and kept looking for a more permanent home.  We were quite content as a portable church.  We did not feel a pressing need for a permanent building.

Some of our members decided to make contributions to a building fund.  They knew what they wanted to give towards a building and desired to get out of the way of the activity of The Holy Spirit by giving the money without knowing what would eventually be purchased.  This generosity resulted in an unsolicited $311,000 building fund.

Bring the full tithe into the storehouse, that there may be food in my house. And thereby put me to the test, says the Lord of hosts, if I will not open the windows of heaven for you and pour down for you a blessing until there is no more need.  (Malachi 3:10)

About a year later, Joanna emailed me to see if we were still interested in buying the church.  By this time they had undertaken many of the necessary renovations identified in our building inspection.  The ceiling was repaired, a new Handicap Washroom installed, new electrical, and a new heating and cooling system installed.  The building was move in ready.  It still needs further renovation to suit our liturgical worship style, but the building was usable now.  Still there was a question of price.  We were still far apart on what we considered the value to be.  We ended our conversation graciously, and St. James Property Team kept looking for other possible properties and began discussing a capital campaign.

Another six months passed and Joanna emailed me again and asked if we would be interested in buying the church for $500,000.  The price was right and within our reach, especially if they were willing to hold a mortgage for us.  They were. The limitations of the building remained however and after some discussion our Property Team decided to ask for a “Right of First Refusal” on the cottage.  The cottage sat on a contiguous property along the back of the church property.  The cottage was fully renovated with a lovely kitchen and adjacent great room.  It provides space for an office, Sunday School, as well as social spaces for gatherings and meetings.  Christian Assembly had spent $110,000 in renovations on the two properties.  A few days later Joanna replied saying that they wanted us to have both properties and believed God wanted us to have them.  After some back and forth discussion we agreed in principle to a total price of $900,000 with a $311,000 down payment, a 0% mortgage with a minimum monthly payment of $2,500 and a total balance due within 10 years.  Nearly everyone at St. James was amazed by the generosity of these terms.  The properties were worth around 1.1 million. We could not qualify for a mortgage with any bank due to the fact that we had only been in existence for two years. We were overwhelmed.

On Tuesday August 23rd 2011, God blessed St. James big time.  Pastor Shirley (now working with Joanna and Christian Assembly) called me to discuss the final terms.  They had spent the prior weekend praying and felt called by God to do several things.  They felt directed to wind up and close down Christian Assembly.  They felt that carrying a mortgage was not an ending.  They believed that God wanted us to have these buildings.  They believed that The Holy Spirit was directing them to sell St. James both properties for the $311,000 we had in our building fund.  They did not want our ministry hampered by a mortgage. God gave us buildings.

God’s economy is not ours.  Still I felt compelled to tell Pastor Shirley that this was too generous an offer.  She laughed, agreed, and said that this is what The Holy Spirit was telling them to do.  And so on Tuesday September 6th I signed the title documents for both these properties and accepted the gift that God is giving us.  Joanna and Thelma were overjoyed to see these buildings come to us and believe that this is God’s will.  Our sense of call to this place mirrors their conviction that God wants us to have these properties.

There is no one in St. James who does not understand that these buildings are a gift from God.  Although we own them in a strict technical sense, we fully understand that we have been given stewardship of these properties for this season.  We pray that our work of ministry will build upon the rich foundations that Christian Assembly have laid down and given to us.  We thank God for this amazing gift and encouragement and pray that our ministry will be fruitful in this place.

God was not done with us! About a year later I walked into our offices in the cottage and Pat Morse told me that Holly Barr, a local Real Estate Agent, called to ask if we were interested in purchasing the property next to the church. I told Pat "That's nice, but we have no money." Pat was doing her due diligence. The next morning I was meeting with my Senior Warden (Senior lay person in the congregation) Tayloe and as we walked out to our cars at the end I did my due diligence and mentioned it to him. He spun in place and with laser eyes said "That sounds important, we should look into this." I was dumbfounded and reminded him we had no money. He suggested the possibility of selling the cottage to purchase the next door property. I drove to the office, walked in, saw Paul Robertson, our Chief Financial Administrator, and said "Hey Paul the property next to the church is coming up for sale. He lifted his head and said "Hmm, that sounds important...we should look into this." I stopped in my tracks and prayed, "Ok, Lord I'm paying attention now." Much then transpired and many people prayed and discerned. We did end up selling the cottage for $875k and purchasing the property next door for $995k. Some unsolicited donors came forward and paid the difference so that the congregation could remain debt free. Others came forward to pay for some remodeling of the front building of the new property: The Fishery, which contains Duncan Hall.

This is how it came to pass that God blessed St. James with buildings in Willow Glen.